The Constitution of the United States of America, Article I, Section 9 state: …”No Title of Nobility shall be granted by the United States: And no Person holding any office of Profit or Trust under them, shall, without the Consent of the Congress, accept of any present, Emolument, Office, or Title, of any kind whatever, from any king, Prince, or foreign State.”…

The lawsuits were filed by two Attorney Generals, one in DC and the other in Maryland. After the judge approved the subpoenas, the AGs were able to move forward and subpoena twenty companies and government agencies.

It looks to be a very strong case:

It’s been two years and Trump hasn’t be able to put this conflict to rest. Instead, it’s grown that much more significant, especially in light of Jamal Khashoggi’s grisly murder and how much Saudi money is tied into Trump’s DC hotel. 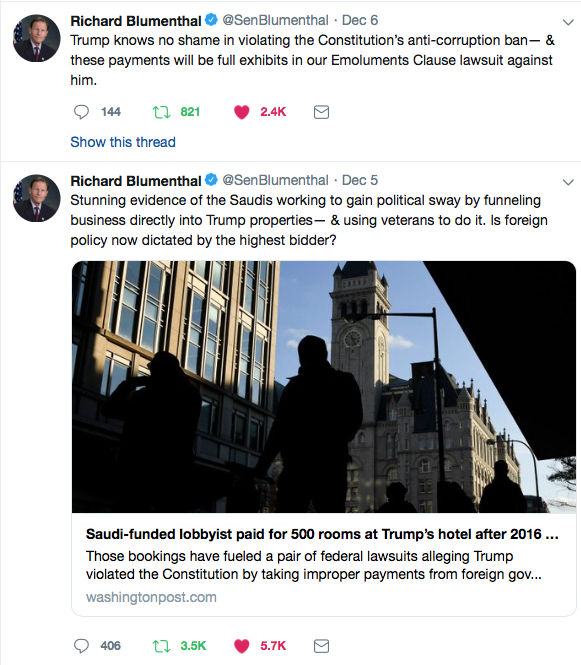