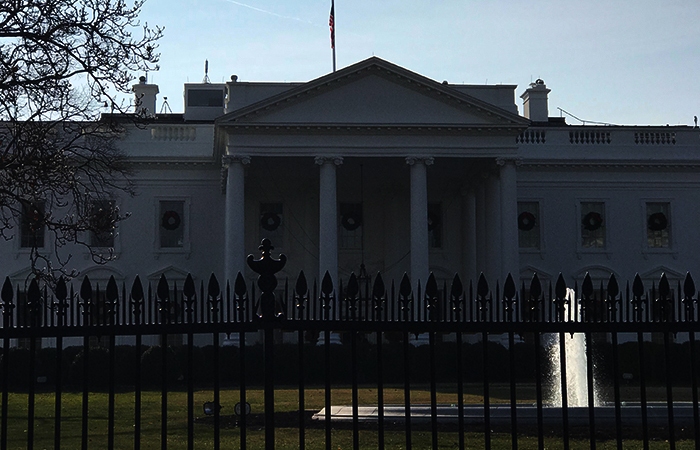 What is the renaming of the Domestic Nuclear Detection Office really about?

Mysteriously, on Friday 21 December 2018 – a tsunami news day following Defense Secretary Mattis’ abrupt resignation, and his chilling resignation letter being shared with the American public, followed by Congress and Trump’s intense battle over border security and funding the wall, which resulted in the entire country waiting with baited breath to see if the government would shutdown, which it did – there was a seeming innocuous little Trump tweet mixed in with all this high drama. 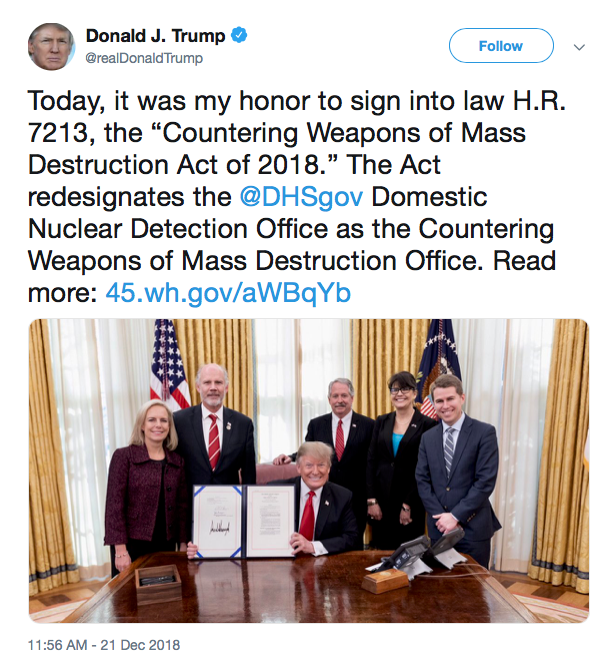 This announcement deals with the most perilous of all subject matters, nuclear weapons, and can only be processed with a giant question mark.

The original Domestic Nuclear Detection Office reads like a fully integrated, multi-level massive program that has been fine-tuned over the past 16 years.

The new H.R. 7213 bill is very simple and direct and not a bill that anyone would necessarily pause and analyze. It’s presented as an office name change, just as Trump’s tweet indicates.

However, the link trump included in his tweet, with an official “Statement by the President,” dated Friday 21 December 2018, is anything but simple and direct. Trump’s abnormal letter leaves one to wonder whether this bizarre verbiage is being crafted as a counter strategy for Trump’s intense anti-Mueller, anti-Dem animus.

What does Trump mean when he declares, “My administration will treat this provision as advisory. I hope that consultation will be possible, and I recognize the benefits of working with congress on the ‘Securing the Cities’ program. Nevertheless, the Act’s mandatory consultation provision is not consistent with the Constitution’s separation of powers.”

Huh? What is Trump talking about?

Does this Presidential Statement carry any weight? Is it legally binding? It reads like a major power usurpation. In the original Domestic Nuclear Detection Office program, there’s no mention at all of the president being included in the decision making.

Further, the Presidential Statement goes on to state: “Section 2(g)(6) of the Act purports to require the Secretary of Homeland Security annually to provide a report to the Congress that includes recommendations for any necessary statutory changes regarding the CWMD Office, or, if no statutory changes are deemed necessary, an explanation of that conclusion. My administration will treat this provision in a manner consistent with Article II, section 3 of the Constitution, which provides the President the discretion to recommend to the Congress only ‘such Measures as he shall judge necessary and expedient.’”

Trump’s Presidential Statement blatantly ignores Article 1, section 8, clause 1 of the U.S. Constitution, which mandates, “The Congress shall have the Power to… provide for the common Defense and general Welfare of the United States.” This is common knowledge and has been referenced often during Trump’s presidency.

Unfathomably, Article II, section 3 is nothing more than an outline of how the Electoral vote determines the winner of a presidential election and thus clearly has no bearing on this subject matter.