Washington (Gallant Gold Media Hill Report) – The very first hearing on common sense gun laws in eight years will take place in the Judiciary Committee on Wednesday February 6, 2019. This is a monumental event, just eight days before the one year anniversary of the massacre in Parkland, Florida on February 14, 2018 when 17 innocent students were slaughtered in the middle of the day, their future positive impact in their communities now a huge, gaping void.

HR8 Explained: On January 8, 2019 Representative Mike Thompson of California’s 5th District introduced H.R. 8: Bipartisan Background Checks Act of 2019. This simple, common sense gun bill is summed up in one sentence: To require a background check for every firearm sale.

The bill has nine bipartisan co-sponsors, one of whom is Representative Jerry Nadler from New York’s 10th district. Representative Nadler is also the Chairman of the Judiciary Committee.

Once a bill is introduced, the next step is to be considered in committee, in this case the Judiciary Committee on Wednesday February 6, 2019. The issues are debated and the committee votes whether to approve or reject the bill. If approved it will be reported to the House for a full vote in the upcoming months. If passed in the House, it will it move to the Senate.

CALL to ACTION: Contact your Congressional Representative TODAY to let them know: Yes to HR8. 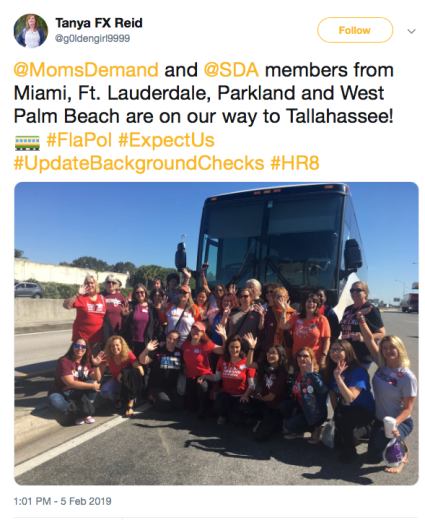