After today’s opening public hearing, it’s mind boggling that Trump hasn’t resigned already. He now has everything stacked against him. And all of the typical lifeboats he’s used in the past to save himself from drowning — Russian Mob money, Deutsche Bank, criminal enterprise thuggery — have been cut off. So what exit strategy is trump concocting as the noose tightens? 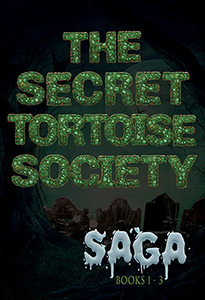 The answer to this question that immediately pops into my mind is almost too scary to think about. Do Trump and his loyalists have something sinister planned? I personally fear that they do, but hopefully Department of Homeland Security is way out in front on this.

Being inside the hearing room today, and watching everything first hand, made it seem much more personal. I became acutely aware of the sacrifices William Taylor and George Kent were making for their country and the American people. This resonated in a profound way. An inspirational way that made me realize we’re all called on to do the same. Stand up, do what’s right, no matter what the cost may be.

There are endless news casts that are recounting the blow by blow play of the first two witnesses —Ambassador William Taylor, and Ukraine expert Deputy Assistant Secretary of State for Eastern Europe and the Caucuses George Kent. These valuable pieces include weighty new evidence, as well as an extensive history that provides the public with the appropriate context in which Trump & company executed Trump’s shakedown strategy.

But by the time I left the hearing room at 1:30 PM on this first day, the impeachment evidence against Donald J Trump was already rock solid and crystal clear. Trump is guilty. In fact, it’s so self-evident that the House will have no choice but to impeach the 45th President of the United States of America.

The key takeaways for me though, are less about the facts (that thankfully I don’t have to memorize, but rather can easily refer to) and more about the quality of the content :