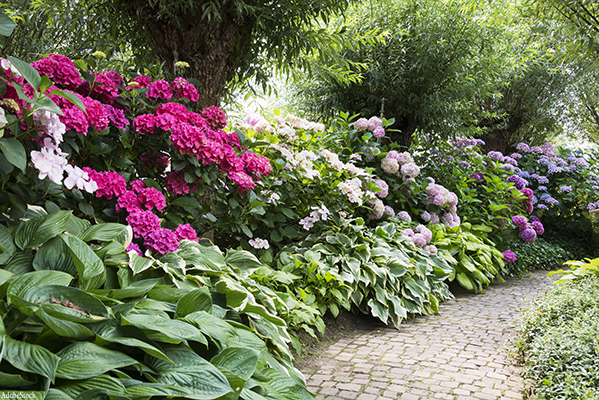 You have set your intention for the new year: Make the world a better place. One way to do that is to plant a tree. Thomas Jefferson and John Adams made similar plans as they wandered the gardens of England in 1786. Jefferson and Adams, sometimes adversaries with opposing political views, joined together to investigate the worthiest of English gardens as they waited for trade negotiations to move forward in Europe. Appreciatively scouring the estates, these two Founding Fathers admired the winding paths and natural features of the most modern gardens.

The Stowe garden appealed to Jefferson’s practical side. Known for both his head and his heart, Jefferson noted utilitarian features such as pastures and irrigation methods. While he appreciated the color and design of the garden, he seemed irritated by useless items like a solitary Corinthian arch. Adams was most likely in full agreement with Jefferson’s opinions about Stowe. Urban environments strained him; he was happy to escape London for the English countryside. Occupied for decades with government business, he longed to return to Peacefield, his farm in Braintree (now Quincy), Massachusetts. Adams enjoyed digging side by side with the hired workers and instructing them on the latest innovations in soil improvement. His correspondence during his retirement years is riddled with the virtues of manure. The English garden tour provided Jefferson and Adams plenty to dream about as they finished their trade negotiations and headed home, inspired to make their gardens and the new nation just a little better.

Maybe you’re inspired to follow through on that intention to make the world better. Your activism represents a decision to make a difference: The tree you plant contributes valuable oxygen to the atmosphere. Added bonus: When your neighbors see the results, they might plant a tree, too. Choosing the best tree to plant can be daunting, but resources abound. Reflecting on the purpose of the tree will help you decide: Do you want more shade in your yard? Are you looking for privacy? Do you have limited space? To see quick results, you may want to plant a fast-growing tree.

*As you plan, be sure to check to make sure the tree you choose is a Virginia native.

By planting a tree (or two), you are demonstrating the ideals that made our country strong: freedom, hard work, and perseverance. For men like Jefferson and Adams, gardens represented more than just beauty or status; the nurturing of crops, shrubs, and trees symbolized the cultivation of American ideals. Independence is evident in the natural style of early American gardens. The labor devoted to bringing life to their farms and gardens fostered the self-reliance for which America became famous. Experimenting with new methods of soil conservation and irrigation affirmed the idea of perseverance. The Founding Fathers were not afraid to get their hands dirty to achieve a higher goal. Planting your tree also serves a larger purpose – improving the health of the planet.

Wulf, Andrea. Founding Gardeners. The Revolutionary Generation, Nature and the Shaping of the American Nation. Knopf, 2011.