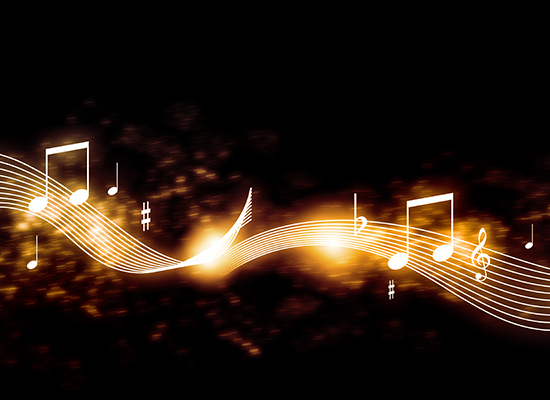 After listening to LinkedIn’s The Next Big Idea podcast in which Adam Grant interviewed Annie Murphy Paul, author of The Extended Mind: The Power of Thinking Outside the Brain, I bought the book in audible when the podcast ended, and quickly downed the content. I found several chapters riveting.

The concept of the extended mind is not new. It’s been called many things by many notable people, including Thomas Jefferson who wrote often about nature’s positive and noteworthy impact on cognitive function. Jefferson designed his Academical Village (now the heart of UVA) in such a way that students would be able to capture the many cognitive benefits that nature endows upon those who incorporate nature into their study routine.

In fact, Jefferson converted a barren cornfield into a breathtaking biodiverse landscape of unique trees, shrubs, perennials and groundcover, with a distinctive ornamental garden behind each of the 10 Pavilions, with each having its own awe-inspiring design. Jefferson encouraged young people to study in gardens and under trees to improve test scores. To this day, when visiting UVA grounds, particularly on the lawn of Jefferson’s Academical Village, or in the Pavilion gardens, you’ll spot students studying from hammocks tied to trees. Many students carry portable hammocks in their backpacks.

In Chapter 4 of her book, Paul highlights nature as being a part of our extended minds, ‘Thinking with Natural Spaces.’ But again, this is not new. The entire Enlightenment Era was about the power of nature and how our intelligence blossoms in its domain. Yet, these concepts date back even further, all the way to ancient Greece and Pythagoras. Not only is Pythagoras considered the Father of Math, the first to chronicle the math of nature, he’s also the Father of Music.

I was surprised that Paul didn’t include music in The Extended Mind, for music is surely one of the most extraordinary portals for our extended minds.

The math and science of music is spellbinding. Whether we realize it or not, so much in our lives is influenced by music. The impact is usually subliminal. However, once we’re tuned in, it becomes fairly easy to identify our body chemistry responses. And once we know how our neurotransmitters will react to certain songs or music, we can be strategic. We can play specific songs at precise moments to elicit the neurotransmitter responses we need.

For example, every year on September 11, I play ‘Can’t Cry Hard Enough’ by the Williams Brothers (1992) all day long. Over and over and over again, to make sure I never forget. One of my college roommates’ husband died in the North Tower on 9/11. I’d been a bridesmaid in their wedding, so remembering that David died in Windows on the World, and left behind my friend Jenny and their five children, is important to me. And just like the song promises, I literally can’t cry hard enough. I can’t fathom that there are very many who wouldn’t cry, or feel emotionally distraught, by this heart wrenching work. Male or female. Young or old. Every ethnicity. The words and video images of Bethesda Terrace are also impactful. But it seems that it’s the music – the instruments, the melody, and the harmony – that triggers our body’s chemical reaction. Eyes dripping with tears seem to be as guaranteed as when peeling an onion.

The songs we choose when we exercise can make a dramatic difference. I used to have a running soundtrack of top rock favorites that I used for years. The songs were upbeat and fast-paced. They seemed ideal. While listening to these, I could run two miles every day. Two miles isn’t very far, I realized this. But running is better exercise than walking, so it seemed that my exercise routine was sufficient even though I dreamed of running 5K.

In spring of 2019, I had the good fortune of attending a Billy Joel concert in Madison Garden. It was exceptional. I left feeling very inspired. A few days later, I went running and decided to listen to ‘Scenes From an Italian Restaurant.’ Without even realizing it, I ran an extra mile. All I did was keep replaying ‘Scenes from an Italian Restaurant.’ I never grew tired. Adding the extra mile was easy. Within three days of maintaining this new song choice, I reached four miles. How is this possible, especially considering that running four miles to ‘Scenes from a Italian Restaurant’ is easier for me and more enjoyable than running two miles to my original soundtrack.

It’s clear there has to be some sort of science going on for this improbability to occur.

There are many other examples that point to a science phenomenon taking place when we’re listening to music. Retailers have fine-tuned their soundtracks to exploit this. Wegman’s focus is on 80’s top hits, honing in on who’s carrying the wallet. I could shop in Kohl’s for hours because of their exceptional music choices. Interestingly, Barnes & Noble doesn’t have influential listening music that motivates customers to buy, but rather calming, restive instrumentals, making it easy to hang out and read. The objective is clearly to sell B&N coffee. It works.

These tangible anecdotes seem to prove that music does indeed trigger neurotransmitter responses. Test it out and see for yourself. I imagine the chemical reaction can be both positive and negative. I much prefer positive neurotransmitters – serotonin, dopamine, adrenaline – but apparently some prefer dark and twisted songs that can possibly trigger aggression through body chemicals such as acetylcholine.

The song that literally saved my life when I was under extreme stress and traumatic fear for twelve straight months, believing every single night that I wouldn’t be alive when the sun rose, was ‘Fantasy’ by Earth, Wind & Fire. I played this song every minute of every waking hour (slight hyperbole, but not too far off the mark, actually). The song kept me incredibly calm, focused and aware. Over and over and over again, maintaining a trance-like response to a sustained daily threat. It seems as if ‘Fantasy’ released the much needed GABA neurotransmitter.

After experiencing these connections, it was interesting to read after Google searching, an amazing article in the The Guardian that confirms the link between music and body chemistry, The science of songs: how does music affect your body chemistry?

“Research has revealed that music holds the keys to your body’s pharmacy, and can promote or suppress the release of these chemicals.” ~John Powell, physicist and author

It’s life-altering to realize that we as individuals hold so much power to improve our own minds, and intelligence, and our cognitive function by surrounding ourselves with high octane fuel like music and nature that more often than not doesn’t cost us a single penny.