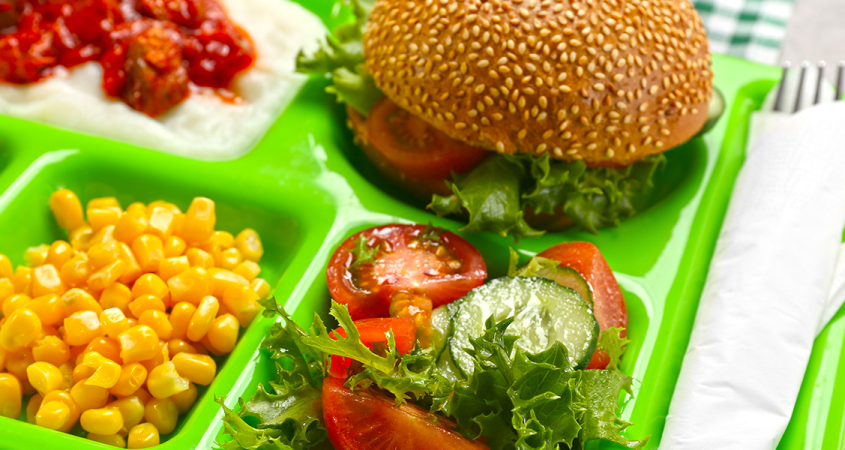 On average, approximately 40 million tons of food are thrown into U.S. landfills each year. This sacrilege is worth an alarming $408 billion dollars. Meanwhile, 14 million U.S. households are food insecure, with children going to bed hungry.

An open letter to school administrators, written by John Williamson, President of Food Rescue, highlighted that one billion food items from school trays are being “fed to landfills annually from American schools.”

According to a Penn State research study on school plate waste in the United States, an international audit conducted during the 2018-2019 school year found that the amount of plate waste in the schools it surveyed in developed countries showed US students tossing out a mind-boggling 27% to 53% of food on their plates, with fruits and vegetables representing the largest proportion of waste, a staggering 50%. Chicken and eggs were at the opposite end of the spectrum representing the least amount of wasted food.

Food waste thrown in landfills creates methane which is 80 times times stronger than carbon dioxide when it comes to warming the planet.

“Methane is 80 times more potent than carbon and it accounts for more than half, half of the warming we’re experiencing now. So cutting methane by at least 30% by 2030, can be our best chance to keep within reach of 1.5ºC.”

School food waste methane reduction is in the crosshairs of world leaders after 122 countries signed the Global Methane Pledge and now struggle to execute effective strategies for slashing global methane 30 percent from the 2020 level by 2030.

METHANE and the CLIMATE CRISIS:
What Everyone Ought To Know About Global Methane Pledge
Food Waste Urgent Priority if We Are to Stay Below1.5ºC
Which Vegan Milk Is Best for Planet?

The U. S. Department of Agriculture has worked feverishly to create awareness about the pervasiveness of school food waste and the harm that it causes, as well as multiple strategies for solving the problem.

Once food waste is minimized, the only thing left will be food scraps for school compost bins. Every school should be composting food scraps. More on that in the next article.