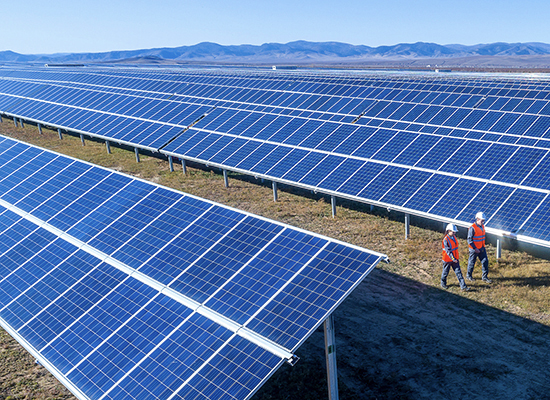 It was a year ago, last spring, that we learned renewable energy usage exceeded coal usage during the month of April 2019 for the very first time ever. At one point that month, the gain was 9 straight days in a row, another first, and 38 days total for 2019 Newsweek recently reported.

It’s therefore exhilarating to be one giant step further along the road to a complete renewable transition.  In 2020, every single day for the entire month of April, renewables exceeded coal, for a total run of 40 straight days of renewables crushing coal. The price of coal increased during this same time period, while the cost of renewables decreased, which appears to be a factor in the favorable outcome for renewable energy.

It’s a particularly significant success in light of the fact of how forcefully our president has been trying to sway public opinion to back coal, as one coal company after the next declares bankruptcy. It appears the American public is slowly adapting to the reality that the elimination of fossil fuels is inevitable, so they might as well transition sooner rather than later and take advantage of all the discounts and rebates before they disappear. 🌞 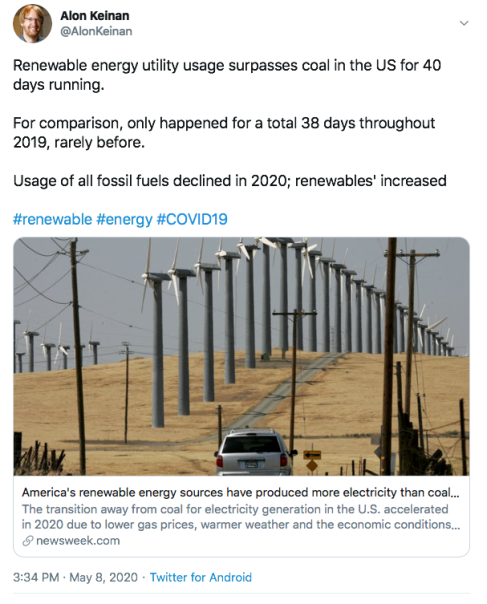