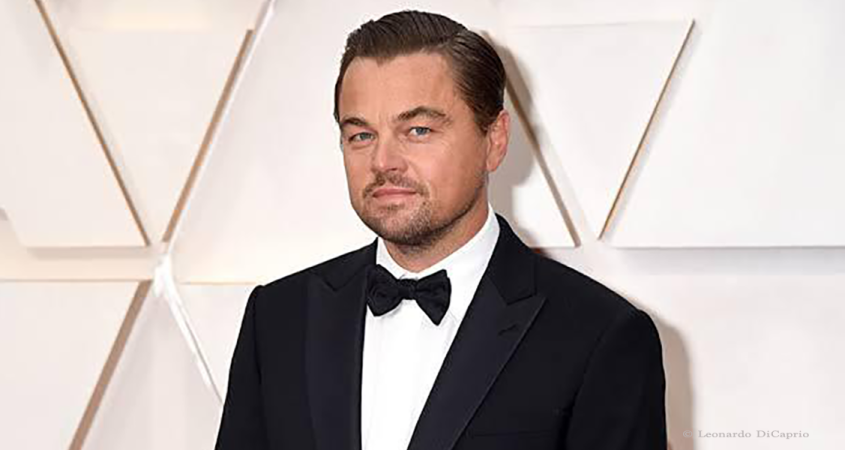 No good deed ever goes unpunished. Environmentalist and legendary actor Leonardo DiCaprio, a global Hollywood phenomenon who’s devoted many tens of millions of dollars of his fortune, endless hours of his personal time and a huge portion of his platform to promote wildlife protection, environmental causes, climate action, and ocean and forest conservation on multiple continents, particularly South America in an effort to help save the Amazon rainforest in Brazil, comes under attack again following his two sentence tweet on July 26, 2022.

How extensive is deforestation in Amazonia, one of the most important places on the planet for people & wildlife? According to this map from @mapbiomas, the region has faced an onslaught of illegal deforestation at the hands of extractive industry over the last 3 years.

DiCaprio’s simple pointed question, that’s been asked by thousands of news organizations and journalists around the globe as we fight to save our planet, enraged Brazil’s president Jair Bolsonaro to such a degree that he reacted through a manic tweet thread similar to Trump’s regular hair-on-fire Twitter rantings.

Why does Bolsonaro always pick on Leo?

– You again, Leo? This way, you will become my best electoral cable, as we say in Brazil! I could tell you, again, to give up your yacht before lecturing the world, but I know progressives: you want to change the entire world but never yourselves, so I will let you off the hook.

– Between us, it’s weird to see a dude who pretends to love the Planet paying more attention to Brazil than to the fires harming Europe and his own country. One may wonder if you’re obsessed with my country (or its resources) or if you just believe Brazil is the only one on Earth

– But don’t worry, Leo, unlike the places you are pretending not to see by brilliantly playing the role of a blind man, Brazil is and will carry on being the nation that most preserves. You can carry on playing with your Hollywood star toys as we do our job.

– Actually, in my government average deforestation is way lower than it was in the past, when the crook turned candidate that your Brazilian buddy supports was in power.

– It’s clear that everyone who attacks Brazil and its sovereignty for the sake of virtue signaling doesn’t have a clue about the matter. They don’t know, for instance, that we preserve more than 80% of our native vegetation or that we have the cleanest energy among G20 nations.

– It’s also clear that you don’t know that my government announced a new commitment to eradicate illegal deforestation by 2028, and not by 2030 as most countries. Or maybe you do know that, but for some reason pretend to be ignorant. I hope you not getting too much for this role.

– If its within your reach, we would love to see you stop spreading missinformation. In the recent past, you used a 2003 image to talk about the Amazon wildfires allegedly happening  in 2019 and was exposed, but I have forgiven you. So please go and sin no more.

– By the way, what do you think about the hitting coal market in Europe? And what about Greta Timberlake, do you know what she has been up to lately and what she has to say about it? If I was hosting a barbecue in my house, I’m sure she would be yelling “How dare you?”.

Is Greta Timberlake an autocorrect error, or does Bolsonaro not even know that Greta’s last name is Thunberg?

Alarmingly, this Bolsonaro tweet is yet another one that proves that Bolsonaro is obsessed with people power activists that are all clearly on Bolsonaro’s radar.

“With public sentiment, everything is possible. Without it, nothing can succeed.”

It’s dangerous, even deadly, to call attention to land grabbing from Indigenous communities and deforestation in the Amazon. On July 6, 2022, Dicaprio tweeted about the grisly murders of Brazilian Indigenous defender Bruno Pereira and British journalist Dom Philips who went missing on June 5, and were found dead ten days later in Vale do Javari, Brazil’s Western region known for its violence.

DiCaprio: .@Mongabay details the recent case in which Brazilian Indigenous defender #BrunoPereira & British journalist #DomPhillips were found dead while supporting the people of the Vale do Javari region against criminal land grabbers.

Bolsonaro’s targeting of DiCaprio, and ignoring the millions of other social media posters that state the same information as DiCaprio, began in April 2022 with DiCaprio’s tweet reminding youth to register to vote.

Brazil is home to the Amazon and other ecosystems critical to climate change. What happens there matters to us all and youth voting is key in driving change for a healthy planet. For more on voter registration in Brazil before May 4, visit olhaobarulhinho.com #tiraotitulohoje

Thanks for your support, Leo! It’s really important to have every Brazilian voting in the coming elections. Our people will decide if they want to keep our sovereignty on the Amazon or to be ruled by crooks who serve foreign special interest. Good job in The Revenant! 👍

Bolsonaro immediately followed up with a P.S.:

-By the way, the picture you posted to talk about the wildfires in the Amazon in 2019 is from 2003. There are people who want to arrest Brazilian citizens who make this kind of mistake here in our country. But I’m against this tyrannical idea. So I forgive you. Hugs from Brazil.” (Is that “bear hugs” like the kind we saw in The Revenant?)

Let’s set the record straight. DiCaprio doesn’t even own a yacht, but is often seen on yachts, the most notorious of which was the $150 million super yacht owned by billionaire Ernesto Bertarelli. Dicaprio often borrows yachts from wealthy friends.

However, DiCaprio’s recent yachting excursion (that inflamed Bolsonaro) was captured by the press while DiCaprio was having fun playing water volleyball with fellow-star pals along the Mediterranean during a lunch break while attending a high profile charity event in Capri, Italy.

This adventure was for a noble cause, UNICEF’s star-studded charity Gala to raise money for the Ukraine relief efforts. (Is Capri the Italian city where DiCaprio’s family roots originate?)

DiCaprio may be spending time on a yacht traveling through Europe with famous friends, but this is surely an advantageous low carbon transport. From his low CO2 wardrobe choices, to vegan meals, and his decision to travel by water rather than fill roadways or railways through Europe’s congested cities with more polluted air (which further harms environmental and climate justice communities), Dicaprio is gallantly using his platform and his exposure to walk the talk.

Bolsonaro appears to be so completely oblivious to this reality, just like Trump. Bolsonaro will never understand that DiCaprio’s actions are calling attention to everything he believes in.

ENTERTAINMENT & CLIMATE ACTION MESSAGING:
“Dr. Mindy, can I be vulnerable in your car?” | Don’t Look Up
Leonardo DiCaprio Pours His Money into His Passion
Don’t Look Up’s Gorilla In the Room

Take for example the negative impact climate change is already having in the Mediterranean with its sharply rising water level. When an activist like DiCaprio takes time to view the shrinking coastline along the Mediterranean shores, millions of people will benefit rom his research and his insights into the worsening ocean crisis.

DiCaprio is very passionate about ocean health, as well as the alarming shifting ocean currents in the North Atlantic, the melting glaciers, and the sea level rise not only in the Mediterranean but across the globe that threatens our most populous, and popular historic cities. A 2014 ShareAmerica article, highlighted that DiaCaprio’s childhood dream was that of becoming a marine biologist. Hollywood stardom apparently got in the way. He’s been an avid scuba diver all his life. In 2014, DiCaprio pledged $7 million to Marine Conservation at the State Department’s “Our Ocean” conference, an annual event during which DiCaprio is often a guest speaker.

Additionally, Dicaprio is close friends with acclaimed climatologist and geophysicist Michael E. Mann, who earned the 2007 Nobel Peace Prize along with Al Gore and the large group of fellow IPCC scientists for their epic work assessing and predicting climate change’s impact on future weather conditions. While attending Yale, Dr. Mann wrote his PhD thesis on the study of ocean-atmosphere interaction.

DiCaprio was designated the United Nations Messenger of Peace by Secretary-General Ban Ki-moon in 2014, with a special focus on climate change. DiCaprio supports 29 charities, and is on the board of multiple environmental nonprofits, including the World Wildlife Fund (WWF), the Natural Resources Defense Council (NRDC), Pristine Seas and Oceans 5, and the International Fund for Animal Welfare.

Accelerated deforestation in the Amazon across the past three years has become a global concern, particularly for the IPCC scientists who are keeping us updated on emerging climate trends and are constantly tweaking their models. Satellites monitor forests around the world, but with the Amazon serving as the planet’s lungs, updated satellite observations are quickly factored into modeling calculations.

According to a Mongabay article dated 30 May 2022, “The satellite readings show that approximately 1.1 million hectares (2.7 million acres) were deforested in the Brazilian Amazon last year, the highest since 2017.” Most of the deforestation was along major roads. The future looks bleak. It was recently announced that Bolsonaro was delivering on a campaign promise to pave a major highway through the Amazon to its largest city, Manaus. The Amazon is now at the brink of crossing a tipping point, that of becoming a carbon emitter, rather than a carbon sink. Scientists are alarmed by this and emphasize that this will create a catastrophic cascading effect, disrupting all of Earth’s “long-balanced systems.”

Right-wing Bolsonaro is running against former Brazilian President Luis Ignacio Lula da Silva who is considered the frontrunner with a substantial lead over Bolsonaro. Brazil’s general election will take place on Sunday, October 2, 2022. Reuters reported on July 7, 2021 that Bolsonaro may not accept the 2022 election results if computers are used rather than paper ballots.

As we inch closer to Brazil’s presidential election on October 2, 2022, as well as the November 8, 2022 election in the US, let’s be grateful that Bolsonaro has revealed to the public that people power is an extremely dynamic force that frightens politicians.

Let’s channel all the power we possess into a unified commitment to not only save our planet but to save humanity. And let’s use this truth to our advantage by voting in climate politicians who are every bit as devoted to climate action as the scientists, activists, our children, grandchildren and all future generations.

Thanks for all that you do, Leo! Let’s attack the climate crisis the same way you attacked that volleyball on the yacht in Capri.